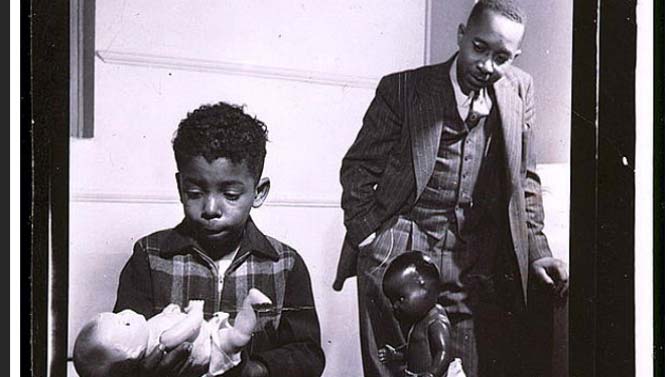 Social theorist Patricia Hill Collins notes that “challenging power structures from the inside, working the cracks within the system… requires learning to speak multiple languages of power convincingly.” We at Zebra Strategies believe in the essential nature of speaking these multiple languages, so as to advocate for underserved communities and amplify their voices. This February, we’re looking at some of the many great contributions made by African Americans to research, understanding and advancement.

Drs. Kenneth & Mamie Clark were psychologists who studied children’s attitudes about race, and the impact of segregation and racism on self-perception. Their landmark studies in the 1940s and 1930s had a lasting impact not just on legislation, but on how research can be conducted in an empathetic, thoughtful way that registers with the participants.

Mamie Phipps first studied self-perception in black children as a graduate student at Howard University, where she met and married Kenneth Clark. Her master’s thesis “The Development of Consciousness of Self in Negro Pre-School Children” was influenced by her work with children in an all-black nursery school. Together, the Clarks extended Mamie’s thesis research on self-identification, conducting research which included their famous doll experiments. In their doll experiments, the Clark’s interviewed African-American children attending segregated schools in Washington DC, versus those in integrated schools in New York. The child would be presented with white and black dolls. As Kenneth Clark recalled in 1985, he would ask, “show me the doll that you like to play with… the doll that’s a nice doll… the doll that’s a bad doll.” The study found that the majority of African-American children from segregated schools rejected the black doll. When those boys and girls were then told “now show me the doll that’s most like you”, some became “emotionally upset at having to identify with the doll that they had rejected.” Some even stormed out of the room or refused to answer the question.

The Clarks were asked to repeat their experiment in Clarendon County, South Carolina, where one of the five cases combined into Brown v. Board of Education was focused. While the results were the same, the Clarks noted that the style of reaction differed by location. Dr Clark noted that the reactions of children living in the north were different than those living in the south. He said, “the children in the north were more overtly emotionally rejecting”, whereas “the children in the south did not reject the inferior… in fact, they sort of accepted this as part of the realities in life that they were living.”

In 1954 the Supreme Court handed down its monumental decision on Brown v. Board of Education, demanding racial integration in American public schools. At the time, social science findings were rarely brought up in the nation’s highest court. During preparations for the cases that made up Brown, other civil rights lawyers worried that the justices would be offended if they were subjected to tales of dolls and crying children. But the N.A.A.C.P. chief counsel, and later Supreme Court Justice, Thurgood Marshall dismissed these warnings – and in 1954 he was proven right.

When Brown was decided, the court cited the doll study as a factor in its deliberations. US Supreme Court Chief Justice Earl Warren, in writing the Court’s opinion, noted that the legal separation gave children “ feeling of inferiority as to their status in the community that may affect their hearts and minds in a way unlikely to ever be undone.” At a celebratory dinner Mr. Marshall toasted to the Clarks and demanded of his once-skeptical colleagues, “now, apologize!”

The science accepted during the time preceding the Clarks’ studies is now known as psychology’s “era of scientific racism”. Psychologist Alexandra Rutherford says, it was “literally the height of a period in psychology marked by the study of racial difference in intelligence, with intelligence presumed to be innate and biologically based.” The Clarks instead treated each child as inherently valid, while looking outward at how factors of society could affect one’s self-perception at such a crucial developmental age.

It’s important to note that while the Brown v. Board of Education ruling marked a massive shift in legislative racism, it did not herald the end of informal school segregation. Indeed, it’s passing marked the start of the Massive Resistance movement, which included closing schools rather than desegregating them, and establishing “segregated academies”: private schools founded by white parents to avoid having their children enrolled in desegregated public schools. Some of these schools still exist, most with low percentages of minority students even today. Studies show that public schools are nearly as segregated as they were in the late 1960s. About a third of all Black and Latino students attend what the Civil Rights Project classifies as hyper-segregated schools, while about a third of all white students attend schools which are 90-100% white.

In 2005, filmmaker Kiri Davis recreated the doll study for her documentary A Girl Like Me. Despite the many changes in society, Davis found the same results as the Drs. Clark did in their study of the 1930s and 1940s. This type of continued study and research is essential to understanding and amplifying the voices of those not always heard, or listened to, in the dominant society.

Research like this is essential to understanding the perspectives of different peoples. Like the Clarks, Zebra Strategies often finds that similar or identical studies conducted in different areas, or with differing populations, can produce different results. Studying these results better enables us to understand the communities at large, and which approaches are more effective for different communities.